We talk about digitalization with Andrew Fullen, who is an Enterprise Architect / Solution Director at Sogeti and a fellow of the innovative SogetiLabs.

London has done a lot of digital transformation the last few years. The Oyster Card is an RFID travelling card which also can be used for smaller purchases. This can also be done with your phone or credit card – and one man implanted the chip in a magic wand… To promote usage, the ticket prices are just a third of paying with cash. 8-9 million people live in the Oyster area, and a lot of them travel by train daily so speed and reliability are crucial.

One difference between the UK and Sweden is that Englishmen do not trust government. Listen to Andrew’s reflections on money and personal information! Information on health issues regarding smoking did not help. What motivated smokers to quit was actual money in the hand.

Digitalization is fast, but there are at least 200 small coffee shops in London, not being part of the big chains. People go there for the taste of course, but also for human interaction. People do not speak on the trains anymore, we got our screens and headphones, we lose a little humanity. Digitalization is black or white, but humans are not. And we miss the feeling of finishing stuff, listening to an album or reading a paper. We should use the part of digitalization that help us, not that ones that make us stressed. 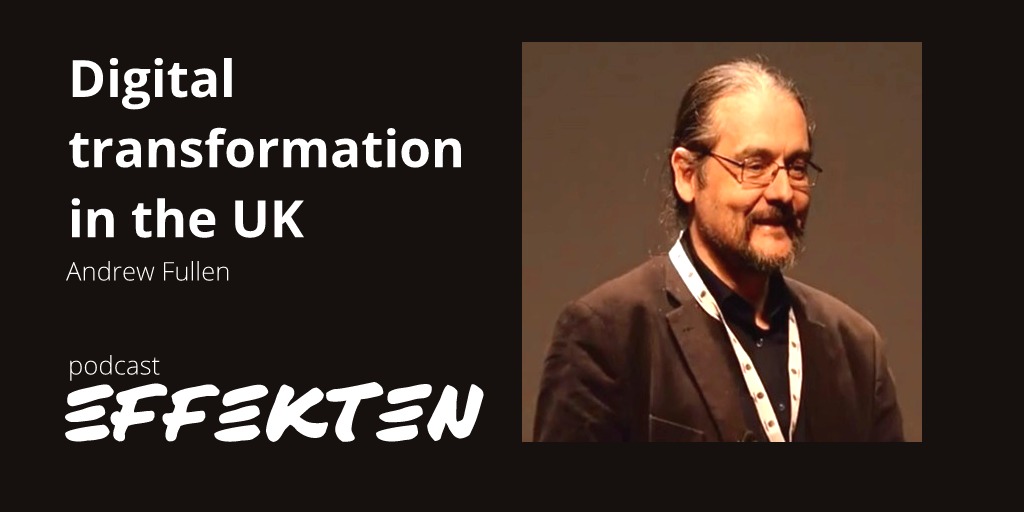